15 Business Leaders Who Changed The World For The Better 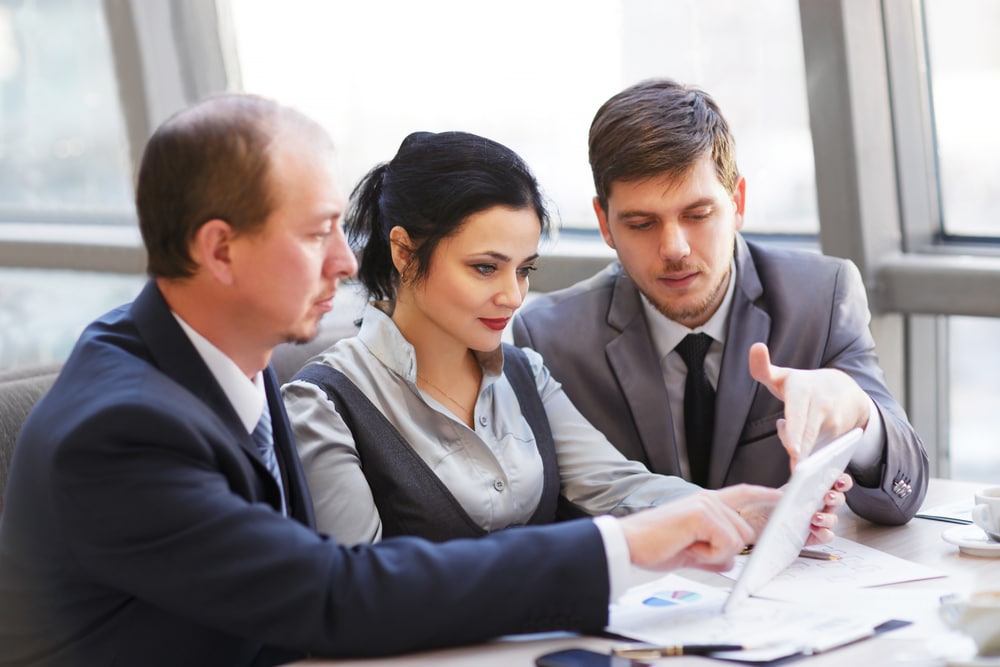 Just like empires, companies can come and go with the times. However, there are some that last for ages, and great leadership is the secret. Great leaders have the ability to motivate employees, help others see and believe in a vision, and lead innovation in the company. Having a great leader at the helm is something that all investors, consumers, and employees want. Here is a list of the 15 most influential business leaders that are changing the world. Saujani is the founder of Girls Who Code, which promotes technology training (specifically coding) to girls. She is an American lawyer and politician. Her company, Girls Who Code, has camps set up in 42 states with over 10,000 girls attending. She has been a leader in empowering women in the workplace.

Cook is the CEO of the most valuable company in the world, Apple. He took over Apple after the company’s founder, Steve Jobs, succumbed to cancer in 2011. Cook has helped navigate Apple through the transition after Jobs’ death as well as developing new product lines and opening Apple retail stores in China.

Sandberg has served as the Chief Operating Officer of Facebook from 2008 to 2022. She founded a nonprofit, Lean In, named after her best-selling book. She has been an influential advocate for women in the business world. She has made the successful transition from government work at the Treasury Department to the tech industry at Google and Facebook.

Iger is the Executive Chairman and former CEO of the Disney Corporation. He has led the acquisitions of major companies like Marvel, Pixar, and, most recently, Lucas Films. His leadership has also led to the expansion of Disney’s theme parks into Shanghai and Hong Kong. Hastings is the co-founder and CEO of Netflix. What originally started as a no-late-fees, no-due-dates subscription service soon transitioned into online streaming, which shook the very foundation of digital entertainment. In addition, Hastings constantly uses his position of influence to promote change and reform in the California State Board of Education and through charter schools.

Barra is the chairman and CEO of General Motors Company. Prior to her in 2014, she served as the Executive Vice President of Global Product Development, Purchasing and Supply Chain at GM. She is currently contesting for space in the electric automobile market. In 2016, she launched the Chevrolet Bolt EV with a battery that outlasts Tesla’s. As of late 2017, Barra was elected to the board of Disney with high regards from Robert Iger.

Also known as Pony Ma, he is the founder and president of Tencent, Inc. Tencent is one of the largest internet companies in China. He has been named to Time’s most-influential-people list twice (2007 and 2014). Ma is known for his secretive lifestyle but wields substantial power both domestically and with foreign companies. Ma was the first entrepreneur from mainland China to appear on the cover of Forbes magazine. He is also the founder of Alibaba Group, a group of internet companies. Before getting accepted to Hangzhou Teacher’s Institute, Ma was rejected from university three times. After graduation, he applied for 30 jobs and was turned down for all of them. He first learned about the internet during a short trip to the U.S., and when he returned home, he created a small website about China and Chinese products. This would be his first step towards creating a company that would hold the record for largest IPO in history.

Koum was born in Kyiv, Ukraine but moved to the United States when he was 16 years old. He soon discovered his passion for programming and enrolled at San José State University. After a brief stint at SJSU and working as a security tester at Yahoo, Koum started WhatsApp. WhatsApp quickly became one of the fastest downloaded apps in the App Store, and one of the most internationally used apps. Koum sold WhatsApp to Facebook in 2014 for approximately $19.3 billion.

Gates founded Microsoft, the world’s largest PC software company, and each year, he is consistently near the top of the list of the world’s wealthiest people. Over the years, Gates has slowly transitioned away from Microsoft and into philanthropic ventures. His foundation, the Bill and Melinda Gates Foundation, is working to provide clean water and sanitation (among other things) to third-world countries. Like Warren Buffett, Gates has also promised to leave the vast majority of his wealth to charity.

Musk was born in South Africa and is a businessman, inventor, and investor. Musk is most widely known for his founding of PayPal and SpaceX and his heavy involvement in Tesla Motors. His innovative vision and unrelenting passion for pushing the boundaries of technology and consumer integration have led to increased exposure to solar power, high-speed transportation, and artificial intelligence.

Buffett is one of the most successful investors in the world. Some people have referred to him as the “Wizard of Omaha” (his birthplace is Omaha, Nebraska) and he is consistently named as one of the wealthiest people in the world. He is currently the CEO of Berkshire Hathaway. He has also pledged to give away nearly 99% of his accumulated wealth to philanthropic causes after his death.

Weiner is the CEO of LinkedIn. Although LinkedIn was founded in 2002, it was under Weiner’s leadership that LinkedIn completed its IPO and became one of the most-used social media platforms in the world. Weiner is also extremely active in non-profits, sitting on the Board of Directors of DonorsChoose.org and Malaria No More. Jeff Bezos is the founder of the mega-corporation Amazon. What started as an online bookstore is now the world’s largest online sales company. For 4 years from 2017-2021, Bezos was the wealthiest person in the world. As of 2021, he has stepped down as CEO of Amazon and moved to an executive chairman position. John Zimmer is the co-founder and president of Lyft, which started in 2012. The company was originally called Zimride, and started as a rideshare service on college campuses. Since the launch, Zimmer and his co-founder, Logan Green, have worked to make Lyft one of the fastest-growing tech companies.

Get Your Free Toolkit to Identify Your Strengths and Minimize Your Weaknesses.
Click Here to Download Your Toolkit Today.